Types of Dagga in South Africa | Different Strains & Where to Buy

These days you can buy weed in all kinds of forms and for a variety of reasons. And as South Africans embrace cultivating this plant at home, more types of dagga appear on the local market every year.

Whether you want to grow dagga in South Africa or buy it for personal use, it can be helpful to know what the differences are between the various types.

Read on to learn more about the characteristics of the major types of marijuana plants, as well as which strains are available to buy in South Africa. 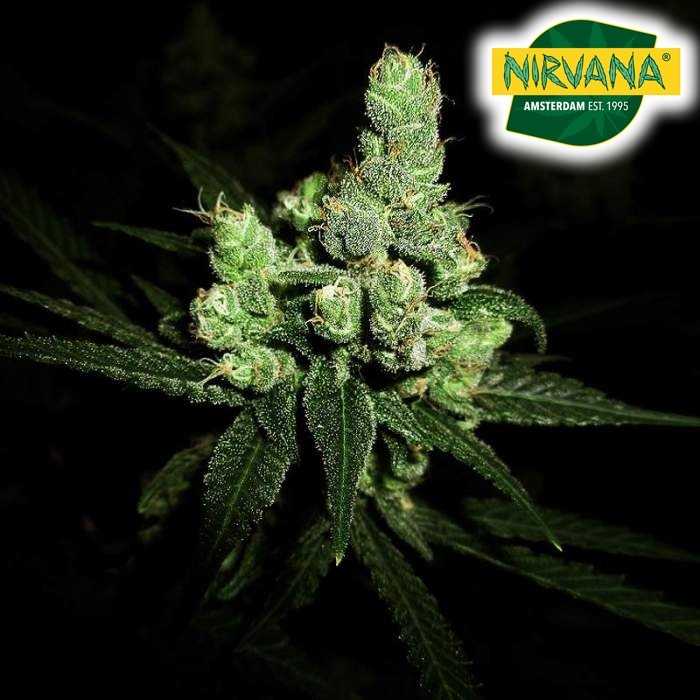 The different types of weed come from different varieties of the cannabis plant. The three main plant varieties are Cannabis sativa, indica, and ruderalis.

Sativa plants have thin, light green leaves and grow taller than the other species. Most users experience sativa as energizing.

Indica plants have broader, darker green leaves and are shorter. They are usually described as relaxing.

The classification of sativa and indica is often used on products to indicate the effect the weed will have on a person. However, experts doubt if the plant variety has as much impact on the THC and CBD content as the growing conditions do.

Ruderalis are found in the northern hemisphere and are the shortest of the three, with thick foliage. These plants are rarely made into products on their own, but breeders use them to create hybrids that flower earlier.

By crossbreeding the three types of cannabis plants, growers can develop new strains with a specific taste, look and chemical content. Today there are already more than 700 unique strains of cannabis.

South Africa has the ideal climate for growing dagga outdoors. Different types of seeds have been brought to the country and over the years new weed strains came into being.

Many of the South African weed strains are sought-after landraces. This refers to original strains that grew naturally in a certain region and were not crossbred. The landrace strains are named after the area where they originated, like the Durban Poison.

The cannabis sativa plant grows particularly well in the South African climate. Here are some of the most famous sativa and indica strains grown in the region:

The Durban Poison strain has made South African dagga famous around the world. This pure sativa plant is known as the “espresso of weed.”

Durban Poison seeds, once germinated, can grow over two meters tall. The plants produce resin-heavy buds with a high THC content. With between 16-24% THC and less than 0.2% CBD, Durban Poison is quite a potent weed.

The plant has an earthy pine aroma when it flowers, as well as when the dagga is being smoked. Durban Poison can give the user an energetic, uplifting high and is also known to boost creativity. It is a favorite among artists and people who enjoy being active.

The Malawi Gold strain originated in Malawi but has become popular to grow and use in South Africa. This sativa plant also grows tall, but takes longer to flower and produce buds.

Malawi Gold has an average ratio of 17% THC to 0.7% CBD. This old school sativa can give the user a very euphoric high. It also has more body effects than the other sativa strains, giving the user tingles and shivers.

True Malawi Gold grown outdoors has a delightful lemon and pineapple scent, with a mix of spice coming through in its flavor.

The Swazi Gold strain originally comes from Swaziland, but it is probably the most smoked sativa strain in South Africa today.

The plant is shorter and stockier than other sativas and grows well in harsh weather conditions. It has a THC content of between 14-18% and gives the user a fast-acting high which mellows out after about an hour.

Swazi Gold’s flavor is described as sweet – like a mango or citrus. It can also make your mouth very dry, so have water close by when you are smoking it.

The Power Plant is a hybrid strain developed in South Africa from a plant that originally came from the Netherlands. It has won the 2006 HighLife Cup and many other cannabis awards after that.

This sativa dominant strain has a THC content of 20-26%. It gives the user an energetic and long-lasting high. People describe it as a smooth and fresh smoke, with a rather sweet aftertaste.

The Power Plant is also popular for medicinal uses. Many people use it to help with fatigue, migraines, and depression.

Cheese, or ‘Kaas’ as it is called in Cape Town, is an indica dominant hybrid strain. It is one of the most popular types of cannabis in the Western Cape.

The Cheese weed plant is mostly grown indoors, but does well outside in the South African climate. It has a very distinctive pungent cheesy smell and a sour taste.

This dagga usually gives the user a relaxed and happy feeling, often accompanied by the giggles. But in some people it causes a focused, zoned-in effect which helps when working on a creative project.

Skunk is another one of the indica dominant hybrid strains. It was very popular in the UK and later made its way to South Africa as well.

The Skunk cannabis plant is adaptable to all growing conditions and has a short flowering period, giving very high yields. It has a very strong, skunky smell and a sweet taste you’ll want to try.

This weed is often seen as a less potent alternative to Cheese. It gives the user a relaxed, almost dreamy feeling, combined with a happy mood boost. Many people use it for a boost during social events and even exercise.

Final Thoughts on Types of Dagga

There are three main types of dagga plants, with hundreds of strains and hybrids on the market. Each type of dagga looks and tastes different and has a unique effect on the user.

Although the sativa plants are most common in South Africa, the country’s climate is perfect for almost any weed plant.

Whether you want to grow or use dagga, South Africa has many famous and high-quality varieties available for you to try.

THC Oil in South Africa | Is THC Legal in SA & What Are the Effects?

50 Benefits of Dagga - The Pros of Marijuana

Related Articles
We will be happy to hear your thoughts

Deal of the day

Stay in touch, and get the latest specials, deals and updates